Thoughtful and provocative drama about Europe's current sociopolitical crisis told through the allegory of a crumbling and twisted marriage.

Europe, the wife, trapped in a boom and bust relationship with her young and immature husband Rich, feels lost and disconnected from reality. Unable to deal with his sexual demands and the tragedy that has occurred because of his misconduct, Europe embarks on an unusual journey to find herself.

On her way she’ll meet the people that have haunted her marriage and affected her life: Rich’s decadent mother, his corrupted friends, his innocent victims and most importantly his domineering lover Adam - a man who seems to dictate the fate of many, including hers.

The film is shot both in Colour and Black and White. This aesthetic is vital to the story as it best represents the wife's dichotomy. Life inside the apartment is monochrome, unhappy, unloving, brutal. Life outside - in her mind, is colourful, truthful, challenging but hopeful.

These symbolisms not only reflect the continuous moral dilemmas Europe faces but also expose the mental and psychological process that leads a woman to seek a divorce.

More details and background can be seen at the films dedicated website www.marriage.film

Stills from the film 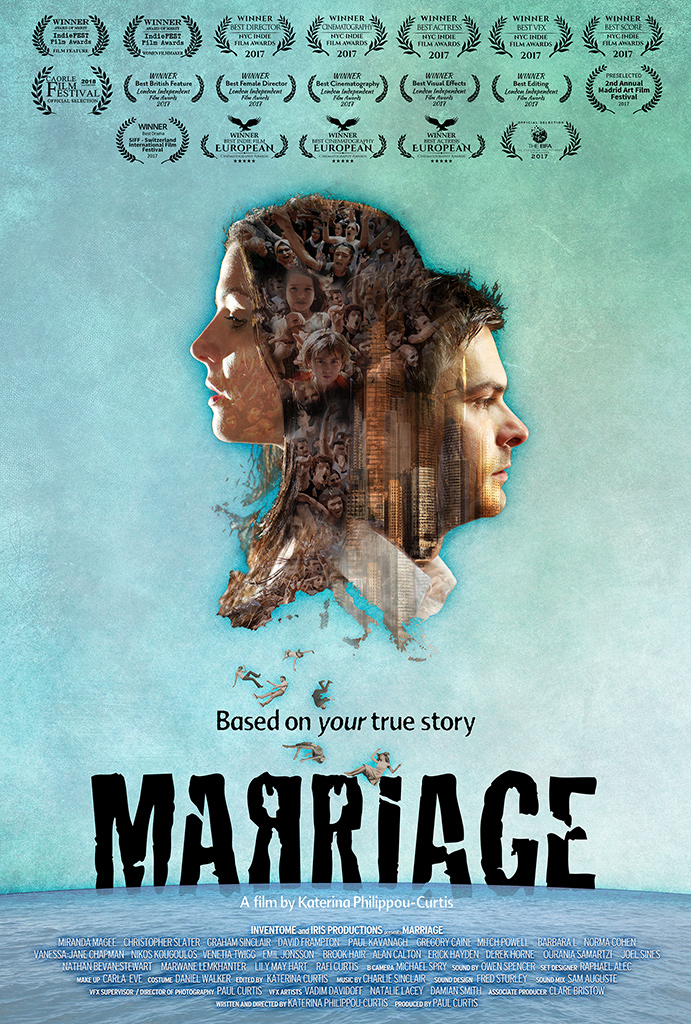