Inspired by Ray Bradbury’s The Veldt, the Libertines takes place in 2063, after the internet imploded and was re-invented and regulated. The cause being the computer game ‘Liberti’ that took the young by storm back in 2025, and offered money to the players who would reach unprecedented levels of disobedience and cruelty against their parents.

Soon the ‘Libertines’ are redefining greed and freedom and as a result the first parental murder takes place, rewarding the gamer with £2million. The play explores brain hacking and the degree of subconscious manipulation of children, as gaming addiction clinics are very real and Momo, Deleted and Blue Whale challenges have already led to suicides.

The LIBERTINES represent debauched, moral-free individuals, whose obsessive pleasure in gaming, monetary greed and instant unregulated power has resulted in the breakdown of the family/school unit and consequently led to total social anarchy.

The playfilm uses Projections and filmic sequences with VFX to  portray the birth of the game, the brain altering chemistry, hacking and addiction.  It also showcases real addicts and their threats and destructive ways around their parents.  It also explores in graphic detail the way games use dark psychology to capture the young minds.

The project was commissioned by the Marlowe Theatre for their programme ROAR. 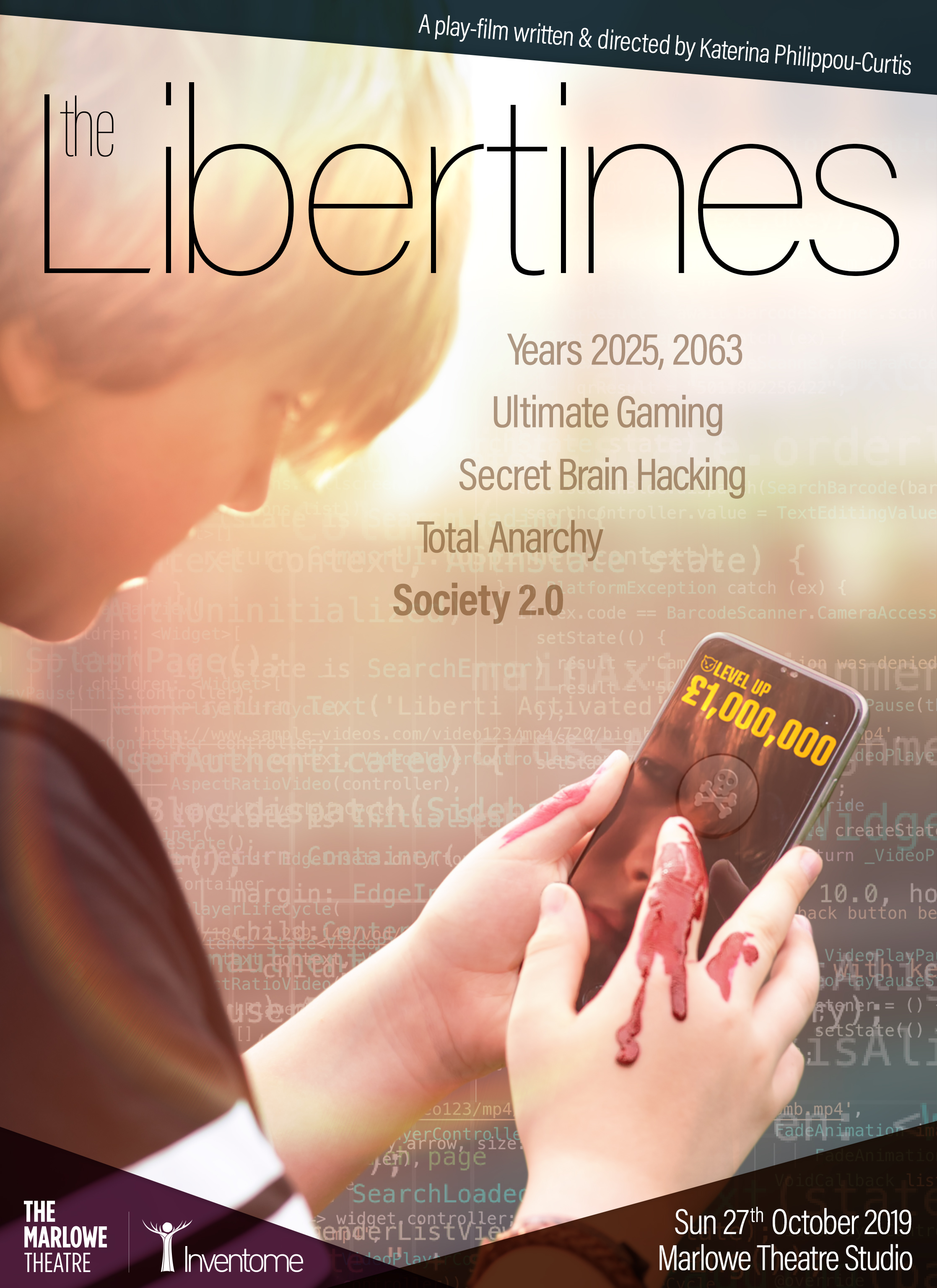